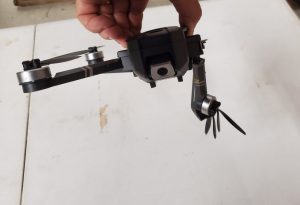 that I received as a gift is now broken. I crashed my drone by pressing the RTH(return home) button and the quadcopter drone caught the outer fringe of a pine tree limb and came crashing to the ground. Of course, you would think it would auto-correct and recover, but that is not the case in this case. I wonder if drones have auto-correct / auto-recover in some of the more expensive models from DJI, Autel Robotics, SHIYANLI

is $18,000. This drone is designed for work. Agricultural spraying and the like. I bet it has some serious programming to help with flying and NOT crashing.

Some of the more popular brands of drones have less costly versions that are not meant for commercial applications. Then they also have the big $$$ drones for photography and also drones for inspections.  Peforming inspections with drones has become more popular in the last few years as the camera technology has improved on the drones. 4K is now a standard item on most drones. 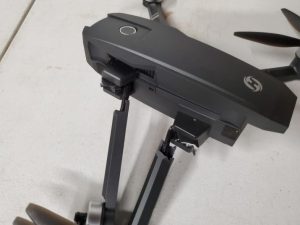 is more of an amateur drone that does have a pretty decent camera. That is along with ease of use setting up and flying. Besides all that it is a somewhat simple process of downloading the videos and photos. This is the part that I like, because saving the better videos and photos to use in social media and YouTube is what the camera is for. I use Android, but iPhone has to be even easier right? I wouldn’t know.

is much different than flying a helicopter or airplane from RC days gone by. The quadcopter drone is very responsive to the controls. It’s almost like playing a video game, except that you don’t get a new life or regenerate once you’ve crashed. I mean, unless it doesn’t break. Once that happens, you’re down and out until it get’s fixed, or you buy a new drone.

All in all, I am very happy with the Holy Stone HS720-4K. I don’t have any use for it in my job, but could see where it might come into play at some point. I believe, in order to use a drone commercially, you must be licensed by the FAA. I am not sure about that. Either way, the quadcopter drone is much more forgiving than when I tried to fly an RC airplane many years ago. The camera is also a plus. I still haven’t been able to get the 4K, but I think I know why and hopefully will be able to blog about it soon.